The First Story, "Rescuing Richard: The Brothers' Feud & The "Chunk" Conundrum", tells of:

Richard's Welsh ancestry; the arrival c1800 of his parents in Deritend Birmingham (in dubious circumstances) where Richard was born in 1804; the bankruptcies of his father Walter, a roguish small time builder; how Richard and his elder brother Thomas overcame the lack of a formal education and became a respected Birmingham mechanical engineer and Worcester architect; the bitter feud between Richard and Thomas that could have led to transportation to Australia for Richard and did result in disgrace and ruin for Thomas; the background to this conflict including Richard's rescue from imminent disaster by a mysterious wealthy benefactor.

The parallel story of the battle between leading Birmingham business and political figures for ownership of Birmingham's great Britannia Nail Manufactory, an early example of the successful mechanisation and industrialisation of a previously handmade product. The firm was the largest mass producer of machine made nails in Britain and probably the world during the early Victorian era.

The First Story ends with accounts of Richard's marriage and his successful Chunk and Vesta parlour stoves, which were market leaders in the 1850s, notwithstanding the unfortunate death of Mary Cronan whose inquest, reported at great length, "excited great interest".

The link below is to version 3 of Rescuing Richard dated 21-11-2022. Further genealogical information has been added, otherwise updating has been limited to minor corrections. Susan Darby 21 November 2022

Samuel Aspinwall Goddard’s name was corrected. Otherwise there were no material revisions - with one exception.

In researching the background to Richard’s tube machinery patents I came to the realisation that the description “a forgotten Birmingham genius” was not, as I had claimed in the first published version of “Rescuing Richard”, ascribed to his father by Richard Bissell Prosser in his Birmingham Inventors and Inventions. Richard’s son was, in fact, referring to another even lesser known Birmingham man: a master gunsmith in the early nineteenth century called John Jones, of whose “genius” Richard was an advocate in his own lifetime. I have, nevertheless, decided to retain the use of the same accolade for Richard on the title page to my narratives - because I believe it is deserved. Susan Darby 4th October 2017

Rescuing Richard - Download a PDF version of the full book 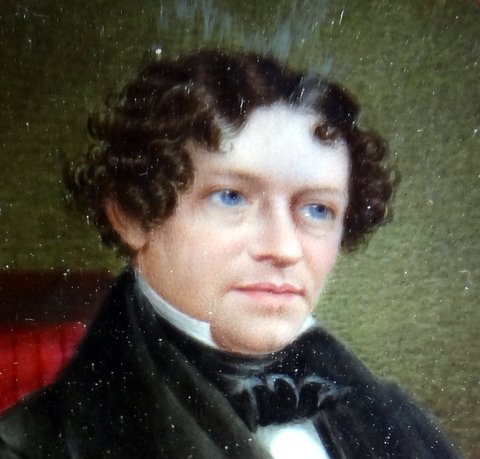