The Second Story, "The Dust-Pressed Process: The Button Wars and The Tile Revolution", describes the events that occurred during the period 1840-1854 relating to Richard's 7th patent, which has been described as the "Most productive innovation in the ceramics industry in the 19th century" (Beulah and van Lemmen - Church Tiles of the19th Century).

This story tells of Richard's close collaboration with the eminent Stoke on Trent potter, Herbert Minton, and consists of two tales:

The Button Wars - buttons: an unlikely product for a commercial conflict aimed at capturing a mass market of vast potential that involved competitors from three nations England, France and the United States. The "Prosser's Patent Agate Button" is long forgotten, but in the USA to their many collectors antique china buttons are also known as "Prosser" buttons. The competitor in the States was Thomas, Richard's brother, who had emigrated in 1838 in the aftermath of their feud; in France a family button dynasty was founded on the process patented by Richard and developed by the inventive M. Jean-Felix Bapterosses. Within England much press coverage was also given to Richard's successful court case against the owners of the esteemed Royal Worcester Porcelain firm for infringing his patent.

The Tile Revolution - the application of the process to tiles led to the industrialisation of a manufacture that fed the Victorian's enormous appetite for decorative floor and wall tiling and at the same time was a huge contribution to the improvement of sanitation worldwide. It also led to Richard's introduction to figures of national renown in the fields of Victorian Art and Design including Henry Cole and the influential architects Owen Jones, Matthew Digby Wyatt and Augustus Northmore Welby Pugin; and an attendance at Buckingham Palace on Queen Victoria's consort Prince Albert, who subsequently had floors paved at their summer residence Osborne House with decorative dust-pressed tiles. In the USA Thomas Prosser's fortunes were transformed after an encounter in 1851 with Herr. Alfred Krupps at the Great Exhibition in London.

The Addendum below collates information contained in source material that has come to light since the publication of The Dust-Pressed Process namely: the claim in 1846 by Benjamin Wakefield in the case of Prosser v. Wakefield of the alleged, but credible, collusion in 1845 between Richard, the owners of Royal Worcester Porcelain and, presumably, Minton to deprive other potters of the benefit of the process; Richard’s 1853 Scottish dust-pressing patent; the accounts of the early Minton and Hollins partnership contained in a ledger held in the Minton Archive; and Richard’s comments about Minton and Nasmyth’s 1851 tile machine in his testimony to a Parliamentary Committee in 1854. 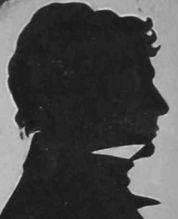